The last class of the series Collected Essays of Joel S. Goldsmith: “Into the fourth Dimension”.

Joel shares: When the Master , Christ Jesus, says,”I of mine own self can do nothing, the Father within me doeth the works“,when Paul says, “I live, yet not I, but the Christ liveth in me“, they are revealing the Fourth Dimension of life in which you do not live “by bread alone“, nor by personal will, effort or even personal wisdom.

Thank you for everything!! 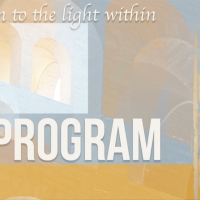