JG 1957 – 180A Individual Identity and Responsibility

There can be no mass salvation. If men like Gautama or Lao Tzu or Jesus of Nazareth couldn’t mass save the world, neither will you or I, for they attained heights which we have not attained. But by their example we know that they lit the light; they shot the spark into human consciousness that has gone down through various teachings and touched individuals here and there along the way until we’ve arrived at this present age.

But in this present age, we are entering a new era, and religion will take a different phase and will spread more rapidly. Not because we will go further in realization or demonstration than these great masters, but because the sum total of their work is now reaching human consciousness through mathematical progression, and the world is more receptive and responsive to a spiritual message.

You may ask why that is. The main reason is the same reason that we are so receptive to it: Everything else has failed us and we have nowhere else to go except to the Spirit for our individual regeneration and salvation. Where else can we go? What else haven’t we tried?

So it is that in our desperation and in our greatness of our need we have found ourselves at this point of unfoldment. But the world is in that self-same condition.

In the days when it shot bows and arrows it was only necessary for someone to come along and invent spears. And it was perfectly possible to attain success now because the man with a spear had more than the man with the bow and arrow. And of course in due time it was only necessary for a man to come along and find a shotgun, and of course all of the people with bows and arrows and spears were helpless.

And so we have gone from step to step in the might of material force until we have arrived at the day of nuclear fusion and now no one can invent anything greater, because anything greater would not only destroy the enemy, but the friend as well. Now there is no hope left to the world in material force, and it is reaching desperately for a spiritual realization. Now, it was prophesied some years ago that The Infinite Way would travel across the Atlantic to England, and that it would catch on there. That it would be accepted. That it would spread like wild fire and then when it was established there, it would flow back across the ocean to the United States where it began, and where it was not being received in any wildfire manner.

And in addition to that spread, not only through England, but down through its other lands: Africa, Australia, India — the spread took place, but the great miracle was that probably the greatest publishing house in England took over the publication of The Infinite Way and then gradually other items and then another publisher took them until virtually all of our writings are now being published in British editions and going madly through the British Commonwealth and flowing back across the United States and interesting American large publishers in the writings, and so forth and so on.

Now part of this prophetic work of The Infinite Way came to fruition in New York in March where we formed our first group of twenty-five students who undertook a spiritual prayer activity — secretly, sacredly — not for themselves, not for their patients, and not for their students, but for the world.

And then I made a trip to England, Holland, Sweden, Germany, Switzerland, Africa and Australia, and in every one of those places left groups like the one that started in New York. That one in New York incidentally is not a New York group. Those twenty-five students are spread across the entire United States and Canada.

You see there is no limit, no confine, no personal gain, no selfishness in those three periods of meditation that are being conducted by these groups. Not one of them seeking a thing for themselves or even for their communities or nations but a complete realization of the Christ in its function of dispelling these mesmeric influences of hate, envy, greed, jealousy, malice, sin, disease, death, lack, and revealing the activity of the Spirit in human consciousness and its harmonies.

Now it would be presumptuous at this time to tell you that this program has had a measure of success because you might have the right to ask for proof. And the proof that I could offer you might well be just circumstantial and not proof at all. But I would like to say this to you that when one of these students was in this activity of prayer at three o’clock one afternoon — impersonal, universal Christ realization, that the next day the newspapers reported that a man who had been blind ten years, totally blind for ten years, was walking from his office to his home, and in that hour he saw something red and opened his eyes and had his perfect vision and still has perfect vision, and complete vision. He can’t account for it. He has no way of knowing why because he was not under any treatment for it. There he was.

And in another city where this activity was taking place, a five year old child was dying with leukemia. And one hour later the doctor found the child completely restored to health with its complete blood count. And has asked the newspapers in that vicinity to please state that he did not cure that child; that otherwise people would be under the impression that he had found a cure, and he would be receiving demands from all over the country, and he has no cure. He was treating the child the same as he has been treating all other children that came to him with the same claim and all of them had died under the treatment.

Now, I say to you frankly you might call these coincidences except that there are other instances, not quite as dramatic, but just as clearly evident as a direct response to that activity.

Only this morning I have a letter from the mother, well, last night it came, I found it in my mail, with a very liberal check in it, from a city saying that her child on visiting the hospital where it is confined as a mongoloid baby, she found it awake and wanting to know about the twenty-third Psalm. More coincidence probably, except that, that mother had contacted us for that child and the work that had been done was not specific treatment work, but that very impersonal realization, and it had only been done once. There were no continued treatments or anything of that kind.

Now, I bring you through a long, long story to lead you up to this basic, and I might say foundation principle of The Infinite Way, which is that God is individual consciousness. God is the mind of you, the consciousness of you and of every individual. And wherever that truth is realized, God is on the scene to perform Its healing ministry, Its reforming and rejuvenating ministry. 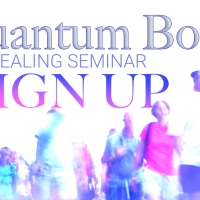