Now, somewhere in this week, we’re going to arrive, if we don’t in the next ten minutes, we’ll try it tomorrow night, whenever we get to it the class is over. We’re going to arrive at an idea of prayer that is going to bring God into active expression in our lives. There is the secret. God is to be contacted. God is to be brought into realization through prayer. But what is prayer? Now, we won’t get to that until we find out what God is, and we won’t come to that unless we find out first what God is not. To find out what God is not is much simpler than trying to find out what God is, because when we get through finding out what God is not, we find that all God IS, is IS. That isn’t easy to grasp at this moment, but that’s the truth of Being. God IS. That’s about all you ever will know about God, until you come face to face with God, and then that’s what God will say, “I AM.” That’s the mystery. That’s the miracle. One day, you hear in your ear, “I AM. Be still, and know I AM. I am ever with thee. Before Abraham was, I AM. I will never leave thee, nor forsake thee. Wither so ever thou goest, I am with you.” And so, you will learn that God IS, and that is enough to know. And rest, and rest, and let that IS appear in infinity of form.

Before we are through, we must give up all of our concepts of God. Our Chinese friend, Lao Tzu, gave us in one sentence this great truth that “if you could name it, it isn’t that.” And really it’s true. If you could name It, It isn’t that. If you could name It, what are you naming? Your concept, your idea of what It is, and that isn’t It. There is a God. There is an It, and it cannot be known by name. “My name I give not to another.” “By what name shall I know you?” “I AM. IS. I AM.” Already Being, already existent, already infinite and omnipresent in Being. Not to be influenced by man. Not to be brought here by man’s thinking. Ah, no, be still. “Be still, and know that I AM God.” But be still. Don’t try to make it so. Be still, and know that I am God, and don’t be still and know that Joel is God, and don’t be still and know that Mary is God, but be still and know, and let that knowledge come. I AM God. And then, let. Let this peace descend upon you. Let this peace that passeth understanding envelop you. Let the harmony of God be revealed to you by God, not by mental effort. Do you see now? “Not by might, nor by power, but by my spirit,” saith the Lord, by my presence, by my consciousness, by my awareness. Not by yours, by God’s. It isn’t your understanding of God that will ever get you anywhere. It is God’s understanding of eternal Being revealed to you.

Do you know how terrible it would be if your health were dependent on my understanding? Do you know how terrible it would be if your child’s health were dependent on your understanding? Why, just think how, how far we lack in enough understanding to be responsible for each other, when even the Master could say, “These are not my works. Why callest thou me good?” Ah, no, it is God’s understanding that is responsible for your health and wellbeing. It is God’s understanding revealed to you in the withinness. That is why, throughout The Infinite Way writings, you will find stress on the word “receptivity.” Be a state of receptivity. Be a beholder. Listen. Listen for that still, small voice. Be still within. Be receptive. Be responsive, because when the word of God comes you will find that it is quick, sharp, powerful; that it does go right to the heart of the matter, and the word of God does not return void. Have you ever wondered why our treatments fail? They weren’t the word of God. They were our words sent out into the world. They were some statements that we had read somewhere, and believed, and repeated; and we thought they were the word of God, because we read them in the Bible; or we read them in our favorite metaphysical book. That’s not the word of God. Oh no, that’s the word about truth. That’s a message about truth. That’s a statement of truth.

The word of God is that which is imparted to you within your ear.

Many people think that Jesus stood up in the prow of the boat and said, “Peace, be still,” and the waves subsided. Nothing like it. He stood up in the prow of the boat and listened, and probably those words came through his lips. He didn’t speak them. He was no more capable of speaking those words than I am capable of giving you this message that you heard tonight. Do you think for a minute I could sit around making that up, or thinking it up, or planning it, or writing it out? Oh no, six words on a pad, that’s all there is here. No, no, the mouth is open, and it becomes filled with that word of God, that spirit of God, that message of God, and that Word becomes flesh and dwells among us. If you go out of here uplifted, there weren’t any words out of a book or out of a man. It was something that came through during a period of receptivity.

And so it is with healing. If you’re not having healings, don’t blame it on any truth that you’re reading or any book, because I’ll be honest with you. There is enough truth in all or any of the recognized metaphysical writings. I mean those by writers of recognized healing consciousness. There’s enough word, enough power, enough truth in any of them to raise the dead. You can find enough truth in any of the great religious writings to raise the dead, if you could be lifted into a state of consciousness where those words would come into your ears. But whether you read the books of the Fillmores, Mrs. Eddy, Joel Goldsmith, no one of those writers will be any different than another, except in proportion as their words register within you and make it possible for you to become originally receptive to the word of God. Why should a statement of truth in the mouth of one of us be more powerful than the same statement of truth in the mouth of another? It isn’t. It isn’t. It is only power when that statement of truth comes from the Father within and comes through us, not from us. 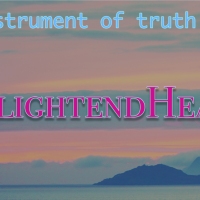 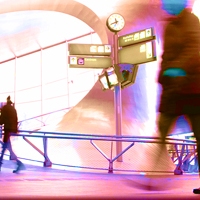