Good evening, and happy to be back here in London, really happy. I’ve been looking forward to this visit for a long, long time. That’s why I planned actually to spend about three and a half months here. I don’t know whether it will work out that way or not, but that’s what I hoped. And I hope that this trip something of a very momentous nature will take place in our work. Whether or not it does is really up to you. I’ve done as much as I can in preliminary work. I had in mind a great many more things for this trip because I thought probably we were going to have a meeting almost every week for three months, to get something started in the right direction. And, if anything comes of it at all, it will have to come through you.

I must tell you, first of all, about different phases of our work. Because, when our work started here in England, I realized how strange it must sound to you; I was trying to say something that was perhaps the reverse of most of the things that you’d been studying. I don’t know whether you understood it that way, or whether you were trying to make it fit into what you already knew, because I’ve watched that, and I know the sad result of it.

But you fulfilled one of the most important parts of a spiritual work—you were attracted to it. Now that’s the first and most important part, because without that nothing else can happen. In other words, when our work is first presented, there are mixed audiences, that is, mostly those of either Christian Science, Unity, or some other form of New Thought background, and very quickly these audiences dwindle. As a rule they will dwindle from, let’s say four or five hundred people who will attend lectures, to sixty or seventy who will end up taking a class.

Now why the difference, the wide difference between the lecture audiences and the class audiences since the amount of money involved can’t be enough to impoverish anyone, even if one could be impoverished studying a spiritual teaching. There must be some other reason then. The reason is that, as the Master indicated many are called, few are chosen, or the way is straight and narrow, and few there be that enter. Why few? Well, you are called upon in a spiritual teaching to leave all for Christ: give up mother, brother, father, sister, if necessary; sell all that you have in order to buy this pearl. In other words, it’s a way of sacrifice, it’s a way of giving up, it’s a way of surrender.

Now of course the average metaphysical student doesn’t come to a truth to surrender or to give up. The main thought is on what will I get out of this, and that’s part of the teaching: demonstrating things, getting things. And it’s all right on that level, no criticism of it, no condemnation of it for those that are on that level. But, it has nothing to do with a spiritual teaching—a spiritual teaching has nothing to do with getting.

If you can imagine the Master saying to the disciples, “Leave your nets,” then you get some idea of what it means to not “get” but “surrender;” or if you can imagine the disciples, the apostles, the two hundred, going about taking no thought for their life, taking neither purse nor script, suffering persecution, later on, death itself. You will certainly realize then that the way of the Christ is not a way of getting; it’s a way of surrendering, giving. Now, I realize that when students hear me at first, they do not gather that. They gather that we’re quickly going to mount on to cloud nine, ten, or eleven, and we’re not going to come down to earth at all except to be … perhaps to heal a few of our neighbors. But it doesn’t work out that way.

And so it is that, only a few out of the hundreds come to the classwork. And then out of those who come to the first classwork, it isn’t unusual for twenty-five, thirty percent, thirty-three and a third percent of them to drop away and never come back to the work anymore, because by that time they have caught a little of this vision.

But the rest, they become the nucleus of the work that follows. And as a rule, you will find those who survive the first class … you’ll find those as a rule, in the eighth and ninth and tenth classes. As a matter-of-fact, some of you here already know now that there have been students in our classwork from the very first class twelve years ago; and there are some in my classwork, who were patients long before I ever taught, and have been with me now twenty-five years. So that, out of these who comprise the nucleus, a very strong activity follows.

After the first year or two … oh let me put it this way: During the first year or two that students are with The Infinite Way work, they do not come in contact with any of this surrendering or giving, it is all primarily a getting—in other words, they begin to get healings, their personal lives begin to be adjusted, harmonies come into their experience, greater health, sometimes greater supply, greater sense of peace. And no demands are made upon them, since The Infinite Way has no memberships, has no dues, never asks anyone to support it, and outside of the very little that is contributed toward classwork, nobody is under any obligation at any time to do anything more than that. And so, it’s really the students are all on the receiving end and not on the giving.

But somewhere in that second year, that’s where we begin to run into a little trouble. We begin to, if it isn’t the second it’s the third, and in some cases it isn’t until the fourth; and then the trouble begins. And it always happens in the self-same way—the ego gets into the picture. And students begin to realize that if they are really to attain spiritual grace that they are called upon to surrender human traits. Not only their evil ones, oh no, that they would love to do, but here’s where the trouble comes in: some of their nice ones, their good ones. Many good traits have to go out the window when the Spirit comes in. Many wonderful things have to go out the window, many comforts have to go out the window, and that is when the student begins to rebel, that is when the student begins to flare-up. What is this? I thought that I was adding comfort and peace and health and supply to myself, but all of a sudden I don’t feel right. The chances are even, that there are physical discords beginning to rise.

Very few people realize that all human beings start to die as soon as they’re born—it just takes them sometimes sixty or seventy years to get there. Very few people stop to realize that no matter how healthy they may be outwardly, regardless of how painless their bodies may be, that there are very often diseases taking root, taking effect within them that are only going to come to light many years later. Then sometimes the doctor says, “Oh, if you had only told me a few years ago, we could have saved you. But, now it’s too late.” And you say, “Well I didn’t know it a few years ago, I didn’t have any pains or discords.”

So it is that the human body has within itself many, many potentialities of discord, of error, and left to themselves, they would just keep on multiplying until they got bad enough to be painful. But, under a program of two or three years of very serious spiritual work, these errors are not permitted to lie dormant; they are roused up. Now the minor ones have all sloughed off; the minor ones have been healed. The minor headaches or indigestion or bowel disorders or corns or bunions or calluses—the little trivialities that disturb the ordinary human body disappear of their own nothingness. But the more serious ones now are rooted out, and they become troublesome because now is the time when they must be made to disappear. They cannot be allowed to remain there dormant, to spring up five or ten years from now. Now is the time when they must be met. And they usually wait until you’ve really got enough understanding with which to meet it. 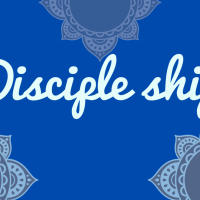 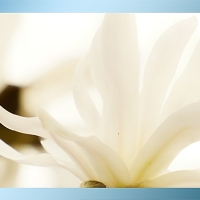 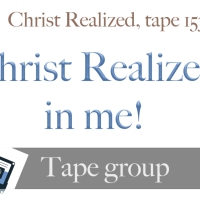