That which the world calls morals is a matter of human conduct, based on the customs prevailing at the moment. If our grandmothers lived the lives of the girls and women of today, they would all be wearing a scarlet letter on them, and there isn’t any question about that. It would not have been tolerated in the days of the early American Republic, unless you can picture our Puritan grandmothers walking down the street with cigarettes in their hands, flicking ashes onto the street. I can’t quite get that picture. Or going in and sitting up against the cocktail bars and saying, “Hey John. Set them up again, only make it a double.” No, no, no… And those things are perfectly moral. I’m not condemning them—that’s part of our times today, but they weren’t a part of morals a hundred years ago.

And so it is all the way through life. I have no intention of reading the Kinsey Report, but you can read it for yourself. Now spiritual living, spiritual consciousness, spiritual demonstration has nothing to do with abiding by a code of human conduct, even if it’s the Ten Commandments. Spiritual living is an attunement with the Spirit in which our conduct would be the same in the year 1775 or 2075, because it would be in accordance, not with custom, but with principles of life. The outer forms and customs might vary, but the inner principles, never would.

You see, in the state of consciousness in which we accept God as the one power, we feel that through that realization we break through all the discords of sense and overcome all of the so-called powers of this earth. Even in thinking of God as one power, there remains within us a trace of believing that this one power… Ah well, let’s look at it this way. If there is such thing as a power, it must be a power to something or over something, mustn’t it? You can’t have such a thing as just plain power. Power must be power to something or over something, and that’s what God isn’t. God isn’t a power to anything or over anything. God is being. God is infinite, eternal being, and there is nothing in God requiring a power, nothing.

God is an infinite presence, and all that is present in and of God is infinite in Its nature, and it needs no power to turn to. It has no use for a power, since all that exists in and of God is Itself a part of that infinite, eternal nature, which is being. God is eternally being, not because of any power, but because of Its own nature, which is immortality and eternality. There’s no power keeping God immortal or making God immortal, or that power would be greater than God. Nor is God maintaining you or me in our immortality, since we are in and of that very God quality. Inherently, we are as immortal as God. Therefore we don’t need any power to maintain our immortality or eternality.

Is something going to keep us that way? No. No, that’s our nature, to be that way. Let’s see if we can clarify that a bit with this. In the beginning of our studies, we turned to God for health, for supply, for companionship, for home, and what do we find after we’re on the path a while? We find that we have been seeking amiss. Why? Because we never had a right to be seeking health, supply, companionship, or home. We never had a right to be seeking anything but the kingdom of God, which eventually we learned, we already are.

We have never had a right to turn to God for anything. The Master made that clear:

Take no thought for your life, what ye shall eat, what ye shall drink, wherewithal ye shall be clothed. The nations of the world seek after these things, but not ye.

Now, I have seen in my years of work, this vision. It is a sin to desire anything. It is a sin to seek for anything, because it is a denial of God. It is as if we were saying, “God, I have an awareness of something I need, but evidently You haven’t. Or if You have, it isn’t Your good pleasure to give it to me. Now I need it and I want it, and I’m coming to You for it.” That is a sin. It is our Father’s good pleasure to give us the kingdom, and all the things that are included in the kingdom. Therefore it must be a sin to seek it. It must have been given to us in the beginning, before ever the earth was.

So, our work is not the seeking, although it was legitimate in the early days of our study. It is not legitimate to a disciple. It is not legitimate to a student who is along the path. To the student, all desires must drop away in the realization that I seek only the revelation of that which is; the revelation of that which already is established in me from the beginning of time, and which will be there unto the end of eternity, not by any power of God operating today, but by the fact of my coexistence with God since the beginning of time.

Now, in our treatment work, as you will learn, those who haven’t already learned it, we never take considerations of health, or supply, or morals, or appetites, never, never. I have never known but one way of helping, whether it’s patients or students or family, and that way is to be still, to get silent, to retire within myself until such time as I feel a stirring, which is the evidence to me of the presence of the activity of the Christ. Now that’s all I know. I do not care whether the activity of the Christ will appear as money for you or as health for you or as home or companionship or the winning of a lawsuit.

It makes no difference. Only one thing is concerned. Once I have the feeling of the presence of the activity of the Christ in me, I know that your need is met: mental, physical, moral, financial. I don’t care what it is: human relationships. In this letter that I have, it came yesterday, I noted a paragraph this morning, that…this was in that case of the corporations and unions that were working in the East toward an agreement. I first worked with them two or three years ago, when the union was about to wreck the corporations, just about to put ‘em out of business with hate and fury. And I only came into the case toward the end, and was able to witness peace established there. 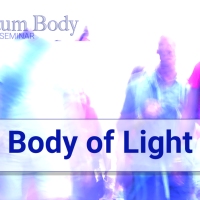 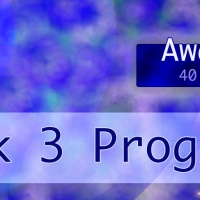 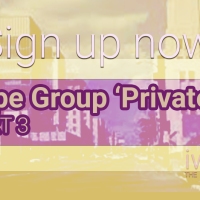 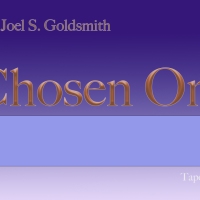 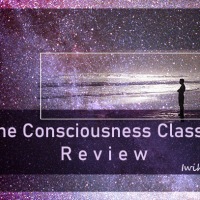 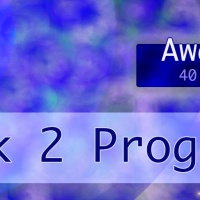