Now… as you read in the newspaper or magazine articles, they will tell you, “don’t fear, we won’t use it to make you go to a particular church, or vote for a particular party.” Well, if you want to trust them, that’s your business.

But the point that I’m making is this. That there is something which used to be called “mental malpractice,” a, or “aggressive mental suggestion.” It is a suggestion that is hurled at you without your knowing that it’s even in the air, and you merely pick it up, and then act on it.

Now, this is the secret I have been talking to you about for twelve years, that constitutes our humanhood. I have said to you “that, all error is hypnotism, a suggestion that comes out of the blue.” It isn’t that somebody’s doing it. Oh, somebody can, like this group of men are doing it. Somebody can sit over in a corner if they want, and malpractice you. And if you don’t understand the nature of error and how to handle it, they can succeed in making you very uncomfortable.

In fact, in some circles, they cause the death of people. That is done in Pennsylvania by “the hexes.” It’s done, or formerly was done in Hawaii, by what is called “the bad Kahunas.” It is still being done in the bush country of Australia by “the Aborigines.” Any of the primitive races are 500 years ahead of us in mental development, in the knowledge of mental science.

Now, what is this secret? The secret is “fear,” nobody can malpractice. Now understand this very clearly: nobody can malpractice, except through your fear. If you can be made to fear malpractice, you can be made to suffer from it. In other words, if you fear that there are two powers, and of course not knowing God, you’ll have more faith in the evil power than you will in the good. If you had actual God-contact, your confidence in God would be so great that even if you did believe in some measure of power in evil, it wouldn’t affect you.

But the average person has no knowledge of God, they merely have the word “God.” They merely have prayers to God, they have books about God but no actual acquaintanceship. So the average person doesn’t really know that there is a God. They accept it as a matter of faith, their parents taught it to them. And, if they don’t believe it, they’re apt to go to hell sometime. But as for actually knowing that there’s a God, very few people have that experience. Therefore, when someone comes along and says “I have evil powers”. . . then you begin to tremble.

Now… in the old days of Hawaii, everybody was brought up from childhood, to know that there were good Kahunas who could heal you and bless you, and there were evil Kahunas who could put a curse on you and kill you. In Pennsylvania among the hexes, it is well known, that there are these hexes, and that if you go to them and have them pray your enemy to death, your enemy will be prayed to death. Providing, of course, your enemy happens to be one of that same breed that believes in hexes.

In the same way, among the Aborigines of Australia, they have a form of destroying by death, which is called “pointing.” They use either a sharp-pointed stick or a finger, and they merely point in the direction of where your enemy is. And your enemy knows you’re having that done to him, and he begins to tremble and in within 24 to 48 hours he dies.

Now… we are told that in the earliest days of Mrs. Eddy’s experience, she discovered that some of her practitioners, were not only healing some of their patients but after they got ’em well, probably too quickly they decided to make ’em sick again, so as to bring them back. So they just suggested to them “that you’re having a relapse”. . . and then they got sick and came back, and they got some more treatment, got well again. And sometimes they found it even possible to suggest that, “well you ought to be more liberal, bring a little more money next time.”

And so Mrs. Eddy discovered that they were using the power of the human mind, both for good and for evil. And therefore you’ll find, I believe it’s in “Miscellaneous Writings,” but if it isn’t it’s in one of the lesser writings, this statement: “that the same mind that can do good can do evil.” And that’s true on the human plane.

So it is that these people with subliminal perception, will be able until they’re stopped: they will be able to get a certain amount of people to get out and buy any product they want, go to any church they want, vote for any party they want until something comes up which will stop them.

Now, let’s take a step out of the personal now. Let me show you, that every medical belief, theological belief, that there is in the world, or superstitious belief of any nature forms part of human consciousness. And, that right now it’s in this room.

Now, the very first thing that we have taught in The Infinite Way because it was a part of my work before that was that every student should learn the nature of protective work. Not protecting one’s self from an evil! Protecting oneself from accepting the suggestions of what we call “the carnal mind,” or “mortal mind,” or “universal belief.”

Now, when you accept the spiritual fact: that there is only one power, and that power is “God;” and that the so-called activity of the human mind, and its thoughts, and its suggestions, and its projections—are not power, cannot enter to defile or make a lie. You completely cut yourself off from suggestion, hypnotism, or that “and it cannot come night your dwelling place.” The 91st Psalm tells you,

“if you dwell in the secret place of the Most High, none of these evils shall come nigh your dwelling place.”

But if you do not, you’re subject to all of them.

It is the very same thing that is used to get people to go to war. In 1915 we elected a President of the United States, not because he’d been a good president in his first term. He wasn’t, and he had no right to be elected to a second term. And so, they thought up a slogan, “He kept us out of war.” And sure enough, he walked right back into the presidency, then got a propaganda committee going to convince us that we must immediately wipe out the Kaiser, or we’d lose democracy and Christianity. And the propaganda bureau went to work, and in six months, the same people that elected him because he kept us out of the war, were shouting: “down with the Hun, let’s get at the Hun, let’s go to war.”

In the Second World War, nobody wanted to go to war in this country. And, on the Saturday night before the election, the candidate for president who was president, went on the air and said: “I give you my word that if I am re-elected, I can keep you out of war.” And the next week we were in war. You didn’t want to go to war, nobody did. I don’t believe anybody in the United States believes now, [that it would have] that it was necessary for us to go to war, or that we should have gone to war. But you had no choice, you were propagandized into it—World War I and World War II.

And you are propagandized into having corns and bunions, and cancer and consumption. Not because you want it, and not because it’s God’s plan for you to have it—but because there is a universal mesmerism!

Now go back and read all The Infinite Way books again, and see how many times this is brought out, that there is “universal hypnotism,” “universal mesmerism,” and unless you learn to protect yourself from it—you become a victim of its propaganda.

And, how do you protect yourself from it? Not by fighting error. I can tell you that you’ll get into more trouble fighting error, than you’ve ever known in your life. Don’t fight error, and don’t fight forms of error, don’t fight sin, don’t fight alcohol, don’t fight war don’t fight any of the evils of the world. Leave them alone, leave those to the “do-gooders.” Don’t you, don’t you go after them. You leave these crusades and causes alone. 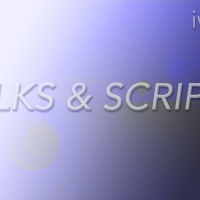 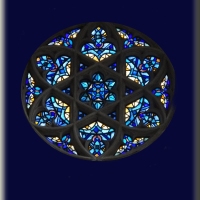 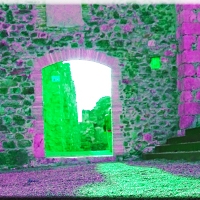 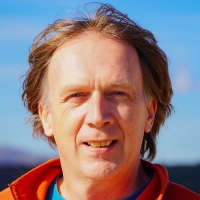 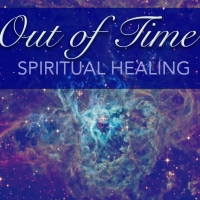