8808 – Moving to the Fourth Dimension

Our good friend, Isabel, asked me to speak to you this evening; those who are students of The Infinite Way; those who have been through classes. Ordinarily, I’m very glad to do something like this; although, I realize that by this I will probably lose some friends, because when a work like this begins that we are meeting here tonight to do, we are called upon to make a decision. You will find after tonight that you will make a decision. The decision will not in every case be the same one. Some of you will decide one way, and some will decide another, and others will not make any decision consciously but will wait and let something else or some future time make the decision for them. That’s the way it will be. There will be three divisions in this room.

Now, what causes that? What causes any time to arise in our lives when we are called upon to make decisions? Well, it’s just this: There are very few people in all of the world who are interested in truth. I might say that there are even very few truth students in all the world who are interested in truth. Those who come to the study of truth, only a few come to learn about truth, most come because it promises to meet some problem. Some people come to truth with a physical disease, some with a mental disease. Some come with forms of sin that are very distasteful even to them and they’d like to overcome them and get rid of them. Others have been faced with unhappiness in their homes, in their married lives, in the lives with their families, and some have problems of lack or limitation, financial, and they come to truth.

Of course, their interest isn’t in truth even if they think it is. Their interest is in the solution of their problem. They have probably tried medicine for the disease, and that didn’t work in their particular case. They may have tried rest and vacations and holidays for their nerves, and that didn’t do it. They may have tried many, many things to bring about happier relationships in their homes, and that didn’t do it. Now they are going to try truth. And you know in most cases they receive a great measure of benefit from truth; more especially, if they are led to any of the true truth teachings.

Now, those who are led to the real truth teachings find a tremendous benefit. Some are healed of incurable diseases. Some have their whole family lives remade. Some are turned into new professions, new arts, new skills. Some have their whole nature changed or find fortunately that truth changes the nature of their husband or wife or child or parent, whoever it was that was giving the trouble in the family. Many, many miracles happen in the lives of truth students who find anyone, anyone of the true truth teachings.

Now, when we are on or in that stage of our spiritual life, those who find, well, let me say, for instance, Christian Science, they are satisfied that they have found a teaching that is meeting their needs, and very, very rarely do they seek for any other teaching. They have found the one that meets their needs, and they remain in it. Of course, they are encouraged to do that, and they are given enough literature to keep them occupied, and enough activity to keep them occupied so their thought does not go into searching in other directions. Usually, it is only if, as sometimes happens, that Christian Science doesn’t meet some particular need of an individual that they may go and seek something else.

Now, it isn’t the usual thing. It’s the unusual thing. However, in all of the other metaphysical approaches to life, that is not true. As a matter of fact, except now for The Infinite Way, there aren’t any other metaphysical teachings that keep to one principle. All of the others combine the writings. For instance, if you go to Unity, you will find the writings there of the Unity teachers and of the New Thought teachers and of the Church of Truth teachers and of the Emmet Fox teachers. Oh, you’ll find a half a dozen different approaches to truth and yet they are all found in the Unity Centers.

If you go to any of the New Thought movements, any of them, you’ll find anywhere from six to twenty different teachings. You’ll find Unity on their table. And then you’ll find Mind Science on their table. You’ll find psychology and psychiatry, sometimes even a little fortune telling. Oh, it’s a whole mixture of different teachings, and even New Thought itself doesn’t agree on one principle. There are a half a dozen well known truth teachers in the New Thought movement and each of them approach truth from some different angle, so that those who are approaching the spiritual way of life through Unity or New Thought do not, I would say it’s a rare thing for them ever to find a principle of life or a principle of spiritual healing.

They have combinations of many teachings. They have a little of this direction and a little of that direction, but if you were to ask the average truth student, “What is the principle by which you live?” and ask them to write an essay on it, I’m sure that only in the very rarest case, and I really think it’s so rare as to be almost negligible, would you find a paper that could write out a definite, specific principle of life. You would find yourself probably writing, without knowing it, something that Emily Cady said in one book, or Mr. Hamblin said in another book, or Mr. Fillmore, Mrs. Fillmore said in another book, and somebody else said in another book, and you would never realize that you are not stating a principle of life but that you are writing or speaking just a combination of quotations from a lot of different sources.

Now, so far as a person’s normal, everyday human life is concerned, it really doesn’t make any difference if an individual doesn’t know any truth; it isn’t too harmful in their human life. They know a smattering of this and a smattering of that and a little soup song of this and a little of that. And all together they are able to meet their headaches and their rheumatism and find a little peace and happiness in the world, and they go through life contentedly.

I could point out to you that somewhat the same condition exists even in Christian Science that if you were to ask an average Christian Scientist, “What is the principle of Christian Science?” I know that you couldn’t find one in a thousand who knew, and why? Well, on one page of their writings it says that the “procuring cause and foundation of all disease is ignorance, sin and fear.” There are so many passages in the books that show that you must first heal fear before you can heal the disease. And of course, you must heal sin before you can do anything else. And you find that there is a well defined principle running through the writings to the effect that “ignorance, sin and fear is the procuring cause and foundation of all disease.” 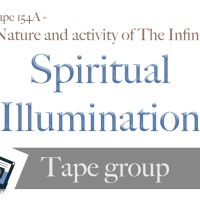 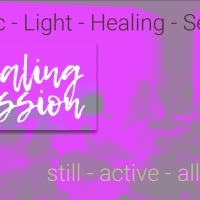