Now then, no person can entertain spiritual consciousness and at the same time entertain evil, because one wipes out the other.  Therefore, in this room it is logical to say that there can’t be a war.  As a matter of fact, I don’t see even any good reason why there should ever be a lawsuit, no matter what injustice one should for any reason do to another.  It shouldn’t result in lawsuit, because the one to whom it’s done, if the one who does it hasn’t enough of spiritual insight, the one to whom it’s done should have enough to say, “Well, Father, forgive them, they know not what they do.  This is no loss to me, since my good is of God and is therefore infinite.”

Now, since this is true that the spiritual consciousness is the destruction of material sense, then our function in life is to develop within ourselves a greater degree of spiritual illumination, so that we may destroy a greater sense of materiality.  Then, that which separates the human race from finding a teaching, such as The Infinite Way or any spiritual teaching, is material sense.  They cannot look at a spiritual teaching and value it from the standpoint of material sense, so material sense then is the barrier.  It isn’t dollars, or it isn’t distance, because the moment there is spiritual sense the dollars arrive and the material distance disappears.  Then, our object is attainment, realization of spiritual consciousness, and so the purpose of this meeting is to ask of you—almost you might say require of you—three daily periods to be given to this work in this manner.

The first—not necessarily the first in your day—you may suit the periods to your own unfoldment, but the first that I will explain to you is this.  Let us have from you one period in the day in which you sit down for no other purpose than Christ realization.  You have no object.  You have no purpose.  You have no reason.  You’re not going to save anyone in the world.  You’re not going to do anything for anyone in the world.  You are going to do nothing in that period except attain Christ realization.  In other words, by whatever means you’re accustomed to in meditation, whether taking a Biblical quotation into consciousness, or a metaphysical statement, or some other truth and pondering it, thinking about it, cogitating over it until you arrive at a place where all speech and thought ceases; and you become receptive, “Speak Lord, thy servant heareth,” and wait there in the silence until you have achieved that inner release or inner grace, that deep breath, or the falling of the weight off the shoulders, or a voice itself within.  Whatever form it may come to you.

Now, you’ve done this for no other reason than coming to the realization of that Presence, and that period’s finished for you.  Now, you can get up and do anything you like, go about your business or anything else you want.  You have established for yourself, for your household, for everyone who touches your consciousness, you have established the Christ.  It’s right there where you are, and they know it, and they feel it.  I have said to you over and over again that the only value I have to you is my periods of meditation.  Take those away from me, and I have no value whatsoever to you.  If it weren’t for that experience we had in class this morning, the class wouldn’t have been worth your while being there.  Therefore, it was the all-night meditation culminating in that experience in the class this morning that is of value to you.  Why?  Because the very Spirit of God Itself walked through that room and pulled my body, and I’m sure it pulled some of yours.  And, that is your salvation.  When the Spirit of God touches you, you are free.  Where the Spirit of the Lord is there is liberty.  Where the Spirit of the Lord is you know it very quickly.

That’s my only value to you, and some day you’re going to find out and wish you had known it 20, 30 years ago.  That’s the only value you have to your husband, or your wife, or your child.  All the rest of this human relationship they could well get along without, and, in some ways, they could be better off without your human relationship.  But, if you can bring into your household just that realization, that touch, that feeling, you have fulfilled yourself in your household and in your community.

Now, the second period.  As you can see, I’m walking up and down this world on wings and carrying this message out, and what is the opposition to this message?  Material sense.  Nothing else.  Nothing else.  It isn’t person.  It isn’t thing.  It isn’t men.  It isn’t churches.  It isn’t religions.  They are merely the forms that material sense takes.  There’s only one opposition to this work.  There’s only one opposition to everybody in the world coming into spiritual realization.  As a matter of fact, when Walter Starkey went to the New York Public Library to place The Infinite Way writings there, he was told they don’t even have a department for religious books.  New York City doesn’t want religious books, if you please.  Now what is that?  New York City or is that material sense?  It’s material sense, and you’ll find it not only in New York but many other places, too.  All right.

Then, since there is no opposition to God except through material sense, bring your conscious realization of God’s presence to bear on the dissolving of material sense.  Maybe dissolving is a better word than destruction, destroying.  And so, for the second period, will you please remember that The Infinite Way is the realization of Christ consciousness dissolving material sense and have that period first to realize your Christ again and then realize that your realization of the Christ is dissolving that material sense, which stands in the way of the world accepting a spiritual teaching.  I don’t care particularly whether the world accepts The Infinite Way or whether it accepts any other spiritual teaching that will lead a person to Christ consciousness.  But, it is a part of the function of my individual experience to be concerned that material sense is broken, so that every individual can fulfill Scripture and in the end be taught of God. 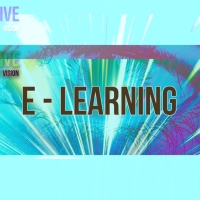 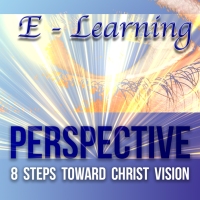 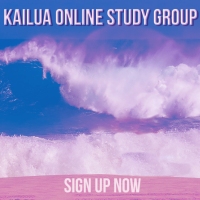 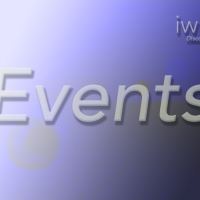 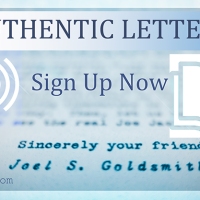