We try to get rid of the bad in order to have the good, and there’s no way to do it, because there is no good or evil in a form, in an effect, in the creature. I shall not fear what mortal man can do to me. Why not? Because there’s no power in mortal man. Cease ye from man whose breath is in his nostril. There is no power in man or his body. Much less the body, than the man. Because, at least to human sense, a man may be good or evil, only to human sense.

Once we take away from man … ah, there too is another way in which we get trapped. We’re always eager to “un-see” the evil man, and delighted to see the good man. So we get trapped into both. There’s no such thing as an evil man, but neither is there such a thing as a good man. There is no good or evil in man. All power, all life, is in God. When you stop trying to change bad into good: when you stop trying to have bad friends and exchange them for good friends—won’t work, not spiritually. May humanly for a while, but sometimes even the good ones get bad. But when you are able to see through the disguise of both good and evil, then is when you behold Christhood and you’re not fooled anymore.

So it is with the healing of sickness. If you can get alarmed at a hundred and five fever, and rejoice in ninety-nine and two-fifths, you’ll never attain spiritual realization. Why? Because you’re putting power in good matter, and you’re putting power in bad matter. Again, you’re hooked between the two: the good and evil. There is no power of good; there is no power of evil in anything that can be seen, heard, tasted, touched, or smelled. Don’t fear the evil, and don’t love the good. Look through both to the reality—to Christhood.

Don’t get hooked into loving Jesus. Look through Jesus to his Christhood. Don’t get hooked into loving man whose breath is in his nostril, but look through to his Christhood. You’ll never be let down then—never. Never try to rejoice because your patient has been made well, never, never. He’s apt to call you tomorrow he’s had a relapse, and you’ve wasted all your gratitude and joy. Don’t do that. We’re not interested in a sick man or a well man. We’re interested in a Christ man. Once you rejoice … ah, do you see them, the disciples running back to the Master? “Oh Master, Master, even the devils are subject unto us by thy name.” Don’t ever say that. Don’t ever say that. You’re having two powers. Don’t ever say that. Just rejoice your names are writ in heaven.

So I say to you, don’t believe the truth is going to overcome error. Don’t believe for a minute that The Infinite Way is going to heal all your diseases. Don’t do that. You’ll be saying that the name Infinite Way works miracles, or The Infinite Way works miracles. We’re not miracle workers. It isn’t true. Rejoice that it has been revealed to you that Christ is your identity: You are the Son of God, heir of God, joint-heir to all the heavenly riches. Rejoice that spirituality is your nature, and you won’t find any evil to overcome, and you won’t have to rejoice then over demonstrations.

Never rejoice because a headache’s healed or a cancer’s healed. Rejoice that God has been revealed as omnipresence. When God has been revealed as omnipresence, the claim may be a simple headache, or it may be a horrible cancer. They’ll disappear, because no such thing as these human beliefs can stand in the presence of God realized. But then don’t turn around rejoicing because the lame man leaped. Rejoice because God was revealed as the identity of what had appeared as a lame man.

And so you see, don’t look at the ignorant, the sinning, the sick, the dying, the poor, and stand around wondering how to make them well. A minister once said to me that he was giving a talk one night, and a crippled woman came up afterward and wanted to know if even in spite of her being crippled, that she couldn’t serve in some way. And he said, “You know, I thought, I wish I had a good Christian Science practitioner here to heal that girl so that she really could do some work.”

And I thought to myself, yes, this man believes that Christian Science can turn crippled people into well people, and he doesn’t realize that the Bible says that Ye are the Christ, the Son of the living God, and your body is the temple of the living God, so he could just as well say what a Christian Science practitioner could say, Rise, pick up your bed and walk. What did hinder you? What power is there apart from God. It’s all in the Bible. Do you not see that point, that the secret of spiritual living is the revelation that your names are writ in heaven? That you’re spiritual; that you’re children of God?

All you have to do is remember it often enough until it becomes blood of your blood, flesh of your flesh, bone of your bone, until it’s really a part of your inner consciousness and soul. But there’s no deep understanding. Your names are writ in heaven. Know ye not that you are the temple of God? Know you not that your body is the temple of God? Know you not that you are heir of God, joint-heir with Christ in God? That’s how simple it is, but the simplicity fools us, because we don’t practice it. We don’t take it into our consciousness and drive it home until we actually come to the conviction of it.

And the reason we have to do that is that we have generations behind us of people who were either good or bad human beings. If they were bad ones, they didn’t give us any religious teaching. If they were good ones, they gave us bad religious teachings. And in either case, they gave us no correct religious teachings, because only a few in the history of the world have known the truth of one power, of one life, of the fact that there is no such thing as having power over error. Your names are writ in heaven. Ye are spiritual. Ye are sons of the most High, God. And it is in realizing our spiritual nature, it is in stop fighting good and evil, stop trying to give up the evil to get good.

I have witnessed others make the same mistake that I once made, trying to give up my evil qualities to get good ones. I can testify to what a failure that is. I know now that there’s no use of trying to give up my bad qualities to get good ones. I’ve got to dwell in the secret place of the most High with the great truth that God constitutes my being, and God isn’t good or evil. God is an infinity of spirit, life eternal, immortality made evident. There’s no use of trying to battle error. Stand ye still; see the salvation of the Lord, of the truth. God is, and God is one. God is good, and that ends the battle. If God is one, and God is good, you have nothing to contend with. The battle isn’t yours. 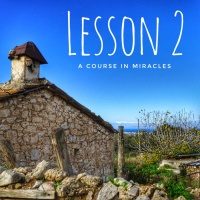 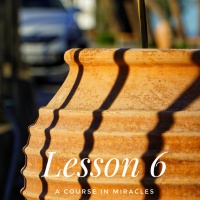