Last night I rightly foresaw that this evening class might be deeper than we would ordinarily expect, and at the end of the first evening, as I reviewed the work, it was clear that a subject had come to light on the very first evening that would require another subject on the second evening, and you would be in the position of having to do overtime work to catch up with me.

Now, last night we took up an especially important and deep subject; one that is primarily an unfoldment in the message of The Infinite Way. However, because of the language, you might easily be deceived into believing that you have heard it before, or read it somewhere before, and that is where you might get fooled, and you might lose the advantage of that lesson.

The lesson last night was on God is one. One power, one presence, one law, one cause, and immediately your mind remembers that there are such passages in scripture, and there are such statements in metaphysical writings. And so you are led to believe that you have heard nothing new. If you even suspect that for a moment, review last night again, and find that you were given a teaching absolutely unique: A principle in healing work never before taught.

In all religions there are two powers, good and evil, sometimes called God and devil, God and Satan. In philosophy the same two are called good and evil. In metaphysics it’s called the immortal and the mortal, truth over error, truth overcoming error, spirit destroying matter. Always there are pairs of opposites. Oh yes, you might sometimes be called on to say, “Oh but God is the only power.” Yes, you do make that statement sometimes. You may even sometimes say, “Oh, error is illusion,” and then hear yourself calling a practitioner and saying, “Will you help me get rid of my illusion?” And so you’ll find that you have accepted two powers: the power of truth, and the evil power of illusion to be got rid of, or overcome, or destroyed, or risen above.

Now these in the message of The Infinite Way are not statements. These are principles, which when you undertake healing work, you must rigidly abide by. Since God is one, never under any circumstance do you have a person to heal or a disease to heal, or a sinner to reform, or lack to be overcome. Only if you can hold rigidly, steadfastly to the truth of one, can you be in a position to bring about what we call healing, but which isn’t healing at all; it is revealing.

The intellectual statement doesn’t constitute healing work. Reading a statement out of a book, memorizing it, declaring it, reciting it, isn’t a healing influence. It is merely a reminder of one, because of which we can go back inside our own being and receive illumination, or receive confirmation of our Christhood. Yes, men say that you are a carpenter, or you are the son of Mary, or you are a Hebrew Rabbi. Peter says, “Thou art the Christ.” He didn’t use two powers. He merely discerned. He didn’t overcome Jesus. He didn’t overcome his humanhood; He didn’t destroy his carpenter-hood. He didn’t destroy his rabbinate. No, no, no. No, through the power of discernment, he was able to say, “Thou art the Christ”—to recognize, to realize.

In our work, we do no protective work, thereby acknowledging that there is an evil to be protected from. We recognize the fact that in the human picture there appears forms of error, forms of destruction, things and thoughts that are destructive. But our protective work, if you would like to call it that, is the discernment of our Christhood, of our true identity, of one power, one being, one selfhood.

Now of course in the earliest stages of our experience, this is a difficult practice. Well do I remember the very first month when it was revealed to me that “I” is God. It was at a time when I was going through a severe problem of financial lack, and when I say it was a severe problem, that’s an understatement, and it was revealed to me in my inner work and revelation, that the I is God. I is Self-maintained and Self-sustained. I is the source of supply, it isn’t someone who gets supply. It is the very source and multiplier of supply. And so I thought, “Oh, I am. I Am. That means I embody supply; I include it, it is embraced within my own being. It doesn’t come to me, it flows out from me.”

But it wasn’t an hour later, till somebody asked me to please pay a bill that I owed, and I had to pay lip service to the appearance, by saying, “Certainly, as soon as possible. I haven’t it at this moment, but the moment it arrives, you’ll have it.” And then to myself saying “You’re a liar, because you know that I is God, and you know that I has sufficiency, has abundance, I is the source of abundance.” But it wasn’t many hours till another demand came, and I had to pay outward lip service to the situation by saying, “Be patient, be patient, it will all be taken care of. You know I’m not a thief. I’m patient, you be patient. It’ll be met.” Then to myself I had to say, “Ah no, I is God. I does not receive anything; I is the source. Why I can feed five thousand; I can heal multitudes. I can do all that.”

And the next day, more demands, and the next day, and the next day. But in spite of appearances, and with all the appearances against me, and having to outwardly deny my Christ truth by pleading for time, and promising to pay, inwardly I stood fast. This is the revealed truth. “I” is God. I does not receive good. I is the source of good. I can feed multitudes. I can feed five thousand and have twelve baskets full left over. I can heal multitudes. I can raise the dead. I is God.

And so I say to you that if you are to practice The Infinite Way successfully, if you are to live successfully by the message of The Infinite Way, it will be necessary for you to remember last night’s lesson, and not just say, “Oh yes, I’ve always heard that God is the all-power,” and then turn around and fear a little pimple, or a lump in the breast, or something of that kind. I know what human nature is; I know what we go through as human beings. That’s why I know what you have to meet. I’ve had it to meet, and in many cases, more than you will have to meet. So I know. I understand. And from that standpoint, I’m saying to you that it is necessary to understand these points of the message of The Infinite Way, so that when you are confronted with problems, you won’t try to use truth. 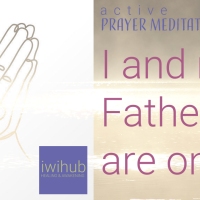 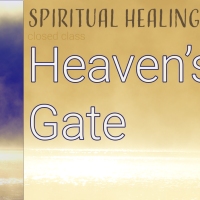 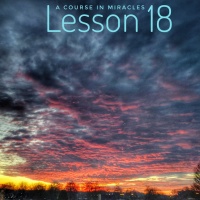 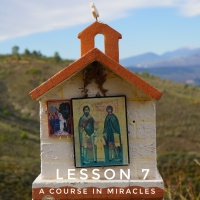 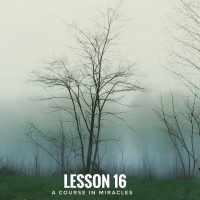