Last week, the Jewish people had their Rosh Hashanah holidays, and one of the very top officials of the Western German government went on the air to address the Hebrews and to say to them that, on behalf of the government and the people of Germany, that they were heartbroken at the conduct of the Hitler government and its treatment of Jews. And that they could not condone it and that they would assure them that, in the spirit of forgetting, there would be no such thing again. And you might say he made a confession and an apology and attempted to make an adjustment with the Hebrews to right themselves.

Therefore, the condemnation in which the world has held the Germans as having been in some measure responsible for the actions of the Hitler government must certainly now be viewed in another light, since there has been, not only this one incidence, this has been going on for quite a few years—this attitude of apologizing to the Hebrews—but culminating in an official act of one of the heads of the government, so the whole of the German people must be looked upon in a new light.

But do you know that there never has been an American, in any official capacity, who has expressed one word of sorrow or regret at the bombs thrown on Nagasaki and Hiroshima? Do you know that every American stands condemned as the only people in the world who have thrown the atomic bomb not only on troops, on civilian populations? And so if you want to judge good and evil, now who is good and who is evil? But you see in this experience, you can already see that the bad Germans are now the good Germans, but the bad Americans are not yet the good Americans.

Therefore, we are not going to sit in judgment of anybody knowing that the evil is not of man. The good that I would, I do not. The evil that I would not, that I do. That’s the human, but you will discover man is not evil, regardless of what evils men may do under the stress of humanhood, which is, of course, guided, prompted by the law of self-preservation. Do not forget that every human being is born under the law that self-preservation is the first law of nature and that the legal law permits you to kill somebody else to save your own life. Not only that, it even permits you to kill to save your property. Now, you know, this is not the child of God we’re talking about. This is not your spiritual identity. This is the mistaken life into which you were born and the laws which you accepted from your parents and your teachers who in their ignorance knew no better.

Now, when it is revealed to you that God is your life, God constitutes your life, you no longer have the right to kill another person, even if they are threatening to kill you. Why? Is your life more valuable than theirs, since God constitutes their life and your life? Is your life mortal that it will end at the grave? Or will it just continue walking on? And if you have perceived that God constitutes your life, do you know that you have attained the highest demonstration revealed in the Bible? You have overcome death. Once you perceive that God constitutes your life, it will no longer be of importance to you whether you are living your life on this plane, or the next plane, or the next plane, since you do know that inevitably everyone of us must walk out of the flesh or else there will be no room for those that come after us. It is provided in the law of nature that no one remains on Earth forever. And there is not even a spiritual way to do that, for no one in the history of the world has ever become so spiritual that they could remain on Earth forever.

Therefore, you do ultimately get the feeling, well now, what difference does it make whether I’m fifty, or sixty, or seventy, or like Jesus only thirty-three? The disciples, forty, forty-two, forty-five, forty-eight. What difference does it make, since God constitutes my life? And do you know something, the moment you have overcome the fear of death, make up your mind you’re going to remain here for a long, long time. Because once the fear of death has been overcome, that has been removed from your consciousness, which causes most of the deaths. It is the fear of death that produces it in the human picture. And those individuals who care the least about whether they live here, there, or the other place, you will discover are not only living the longest on Earth but the healthiest and probably the wealthiest.

Now, in The Infinite Way, you come to the realization that, since God constitutes my life, the nature of my being is Omniscience—all wisdom, all knowing. The nature of my life is Omnipotence, all power, so that I never have to fight an evil power. I just “stand ye still” and see the salvation of your own life. “Be not afraid, it is I.” “Resist not evil.” And as you attain that Consciousness, you really are putting on immortality. You’re putting off mortality, and you are putting on immortality.

Well, I’m not going to sit here and rehearse all of the metaphysics of The Infinite Way. These are the principle factors, which must be known by us. Ye shall know the truth. There are some others, which you will find in the writings, but now, now I will say to you, as again you will find in the writings, that this is only a foundation for our work, because it never was given to me to found a new system of metaphysics but to establish this new system of metaphysics as a basis or taking off place. The real function of the message of The Infinite Way is to lead you to the mystical life—that which the New Testament attempted originally to do. Have that mind in you, which was also in Christ Jesus.

Now, this is really the theme of the New Testament that you must die to your humanhood and be reborn to your spiritual identity, that you must put off mortality and put on immortality. And above all, that you must have, not a human mind that is sometimes wise and sometimes not, not a human mind that is cleverer than your competitors, but have that mind, that spiritual mind which was also in Christ Jesus, and that, that is the message and the mission of The Infinite Way.

And starting with the 16th of August, we started to carry our students into that higher Consciousness. And we have been having meetings here, classes, lessons, which are embraced in the papers I have mentioned and the two sets of tape I have mentioned. And here in the islands, work has already commenced with this work. And next month, my wife and I will go to London, and there we will meet with the teachers, practitioners, tape group leaders of England, and some from the continent of Europe, and I will impart this work to them, so that when we come home, they will start this practice. And undoubtedly by next year, there will be other teachers and practitioners here from the mainland, so that the work will go worldwide. 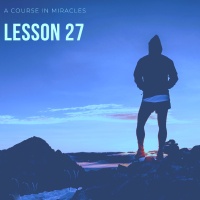